The First Night At Home With My Twins

Ohmylord…..when we look back on this night we think how amazing and funny it was. It was so exciting. We got home with bags of stuff which just stayed unpacked in our living room for days. The twins looked so tiny in their car seats and they were still sleeping! (wake up babies…. I want to play with you!) So we decided to take what we needed upstairs and go to bed. We literally took the kettle, herbal tea, some bananas and snacks and we lived in our bedroom for the first 3 days.

The first nappy we did at home was horrific! My partner was literally bauking from the poo carnage and making a big song and dance about it. This was totally hilarious and I was laughing my head off (from the safety of the bed..phew) whilst holding my csection scar as I thought it was going to split open my stitches I was laughing so much.

We were getting 1 hours sleep at a time in between feeds and nappy changes. We chose to follow their needs and feed on demand. Both babies were waking up at different times and we decided to feed them both even if it meant waking up the sleeping twin otherwise we would never get them on the same schedule. Harsh but essential.

Gradually, as the days passed, the time in between them waking began to grow. I was keeping a log on a note pad next to my bed of the times they were both waking, how many poos and wees they were doing and how much of the 30 ml they drank.  I did this for a few weeks coz I would forget who had done a poo and who had fed well as I was a zombie from the tiredness. This really helped me feel in control. I could see their feeds increasing and their poos becoming regular. I could see the time in between feeds growing which gave me hope that we were getting somewhere. Eventually the twins would go 4 hours between feeds on a mixture of expressed breast milk and formula. But this took a couple of weeks to establish. In the mean time we didn’t do much else but concentrate on this intense and all consuming routine. 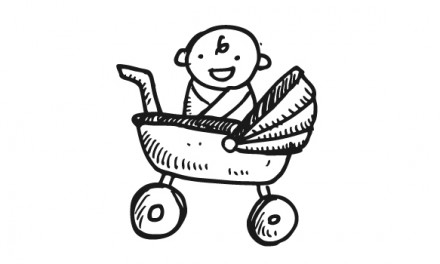 Getting Out The House When You Have Twins

Establishing a Routine With My Twins